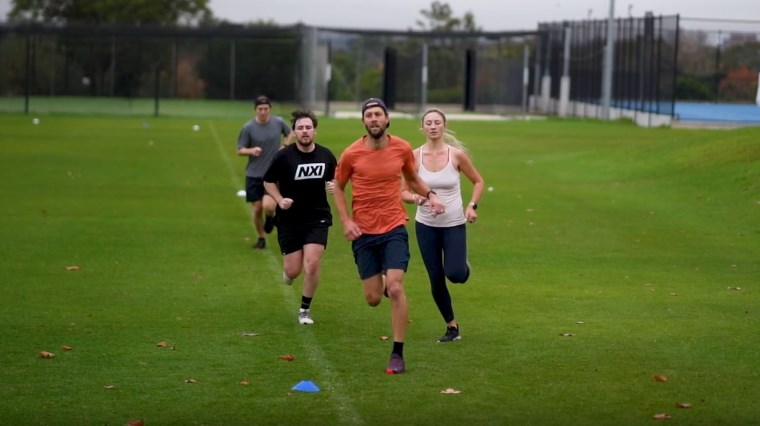 Welcome to Torrens Park Run Club! Sportitude Running interviews Max Spurling, founder and coach of TPRC to give you the insight on the who, what, where and why of this new South Australian running club.

The goal behind TPRC is to “create a positive environment for running” – an inclusive and energising space where runners of all ages and abilities can support and inspire one another.

Stay motivated to lace up with the group sessions every Friday morning, soak in the local running knowledge and kick-start your running journey. Whether you run for fun and fitness or are training for your next ultra-marathon, you can be a part of this social running community that celebrates the little wins and keeps you on track of your running goals.

Check out the interview with full transcript below.

How did you get into running?

I’ve been running all my life. My dad was an elite athlete when he was young and made lots of Australian teams. He got me into triathlon from a really young age which I did fairly seriously up until the age of 16. At this point I switched to running and I haven’t looked back since. I’ve been fortunate enough to run with some really great groups, Team Tempo included where I run with amazing runners who inspire me a great deal. That’s my running journey.

What is the story behind Torrens Park Run Club (TPRC)?

The run club started out with me coaching the Scotch College students here and it was really gaining popularity. I had teachers and community members asking if they could join the running group. I thought it could be a great idea to start up a separate running group for those people and create a real community feel around a running group because there was demand for it in this area.

We started Torrens Park Run Club and it’s growing each week. We’re pretty new but the brand ethos is to create a community running environment for this area, the Scotch community and the Torres Park community in general.

What advice would you give to new runners? 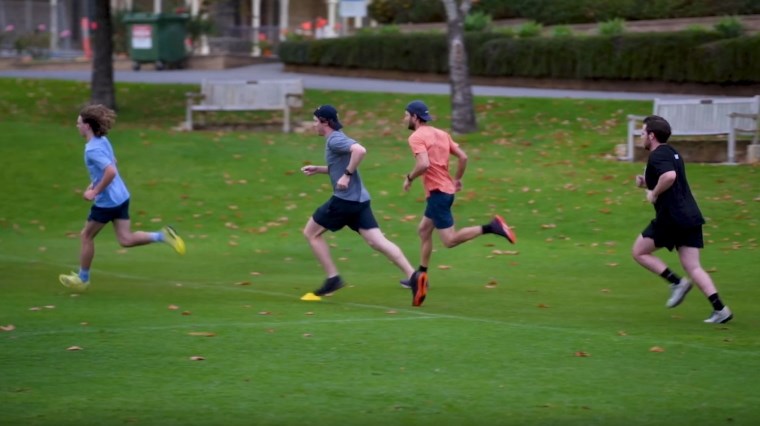 Celebrate the small achievements in building that fitness and learn to enjoy running. Once that comes, you’ll find running becomes a really enjoyable social activity you can do with your friends. It all falls into place after that.

Joining a running group like Torrens Park Run Club or the various other groups situated around South Australia definitely helps with the motivation to get you out of bed and enjoy running in the morning. Getting started is the biggest thing and working through those hard few weeks of building initial fitness.

Who is Torrens Park Run Club for?

We cater for literally any runner. We have my mum who comes along and walks around at the back and she has a couple of friends that come and join her every now and again. We modify the sessions for them. We cater right up to runners who are quite proficient and can move pretty well and there’s plenty in the middle.

We’re a new group and we’re attracting lots of new runners to running and hopefully getting them to really enjoy running. We cater for absolutely any running ability.

When and where does your group meet?

We also have an optional session that we do throughout the week and that’s something I send to all the runners in our group. They just do that in their own time. I make sure it’s super easy for them to do, whether it be just at a local park or a running track.

What do the sessions involve? 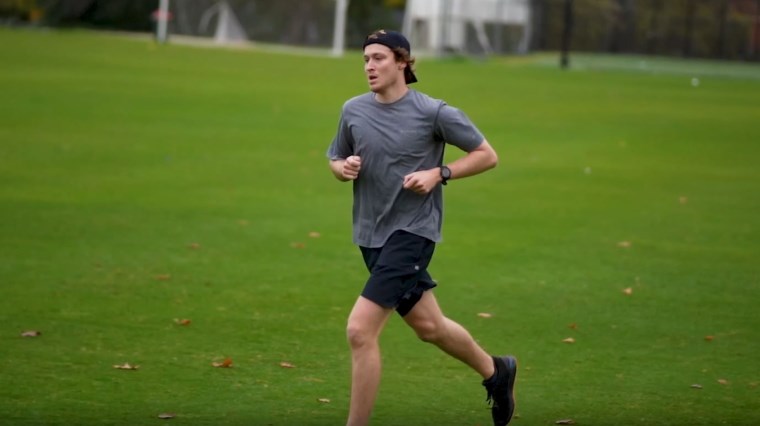 Friday morning sessions typically work anaerobic energy systems. This morning we did a pyramid session where it’s shorter efforts at a higher intensity with a short rest. That’s really good for building fitness up then we work on our base throughout the week.

That optional session I send everyone is usually an aerobic based session like a fartlek or a longer tempo run. This week we did a tempo run.

We try to work both aerobic and anaerobic energy systems. I find anaerobic work is a little harder to do and stay motivated by yourself. I try to do that and get everyone included in it on a Friday morning.

How can the group help runners achieve their goals?

With such a new running group we have a diverse range of people out here. We have a couple of men who are coming back from knee injuries and looking to get back into footy and get fit for that. We have Rob who is looking to do ultra-marathons and building up initial fitness to get him into ultra-marathon training. Then we have people who are here for general fitness.

Any goal you’re looking to achieve we can generally cater for that. We are aiming to hit a few races throughout the year as motivation, being Fitzy’s 5, the City-Bay Fun Run and also the Melbourne Marathon Festival for the 10K there if anyone’s keen. We use races as motivation for the runners to keep hitting their sessions hard, but any fitness goal you might have is what we cater for.

How can I join and what are the membership options?

The best way to join the running group is just to come out. We meet as I said every Friday morning at 6:30am and each week we’ve been getting new members who’ve been coming along and trialling the sessions to see if they have fun.

The other way is to contact me. We have a Facebook and Instagram group and my number and personal details are there to get in touch. That’s a great way to learn more about the group as well. Just come on out.

Do you offer membership trials?

We offer the first 2 weeks completely free of charge to get a feel of what it’s like to be a runner at Torrens Park and enjoy the group.

It is $30 every month after that. I’m a struggling university student so a little bit of money helps but I want to make sure people aren’t put off by the money and it’s still a really affordable thing to come and enjoy the team environment at Torrens Park. 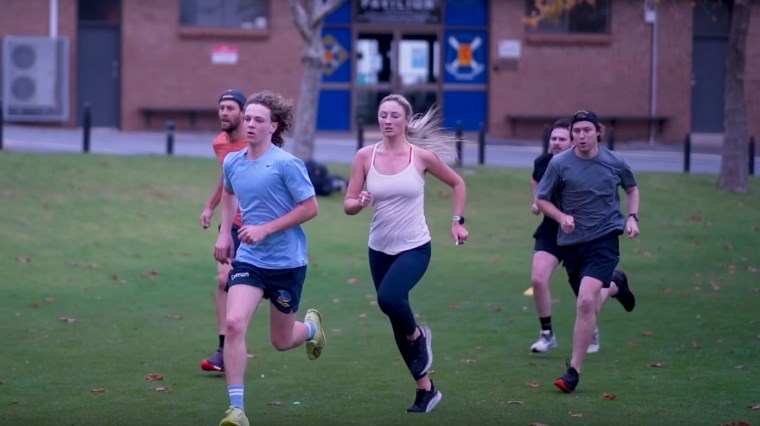 In 5 to 10 years I’m not sure where the group will be. We’re only a month old so it’s hard to say. However, I just want the group to create a positive environment for running. If you look at running at the moment, it’s such an exciting space to be in.

It’s a really fun environment, there’s people out there enjoying the track and things like the Adelaide Track Classic this year are really a testament to that. That’s been built from things like Team Tempo for years and new groups like RunAsOne, 21 Run Club and Somerton Slugs. They’ve been doing such good things for running in South Australia.

If Torrens Park Run Club can add to that momentum of running and show people the great life benefits of running and the brilliant social community that it creates, then that’s all I’m trying to achieve out of this group. Whether that’s still happening in 5 to 10 years, I’m not sure but as long as I can say that we’ve benefited people’s lifestyles and contributed to that awesome community that’s building, then I’m a happy guy.