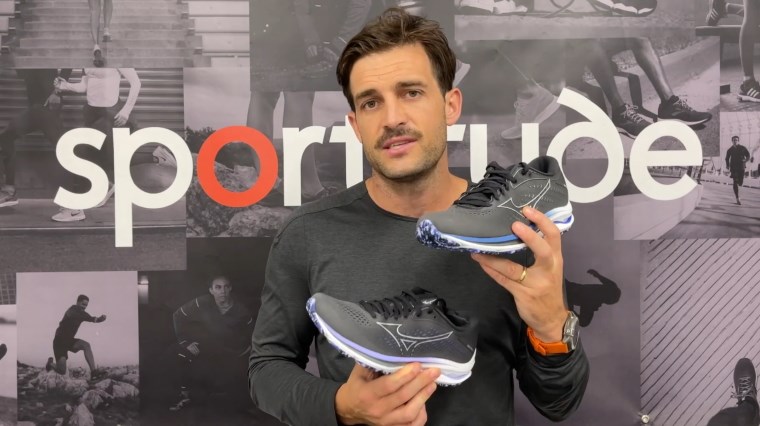 25 years in the making, the Mizuno Wave Rider 25 builds upon what you love about the earlier generations, providing a smooth mid to high mileage partnership for neutral foot types.

Harder wearing rubber is strategically placed in the high-wear zone of the rearfoot for heel strikers whereas lighter, softer rubber at the forefoot creates a snappy sensation through the toe-off phase. Full ground contact creates a stable purchase with the ground, delivering a durable platform to protect the Enerzy midsole from ground up.

Stacking in more Enerzy foam than the Mizuno Wave Rider 24 and set up on a higher stack height to compensate for the increased softness, you’ll gravitate towards this fresh generation for consistent comfort.

The heel counter hugs snugly to your rearfoot, locking your foot securely on the platform while an airy and lightweight engineered mesh upper keeps your feet primed for long road runs.

Hey guys, Josh here from Sportitude Running and it's shoe review time and in my hand I hold the Mizuno Wave Rider 25. This shoe has just landed in Australia around the end of April to early May.

This is going to be a fun review because I like what Mizuno have done with this shoe and we're going to dive into the reasons why in today's review. Like all my shoe reviews we'll talk about the engineering of this shoe, breaking it down from the outsole, midsole and the upper.

We’ll profile the runner and foot type that could be considering this shoe and give you all the information that you need at home to either throw this into your shoe rotation or not. Without further ado let's get stuck in. 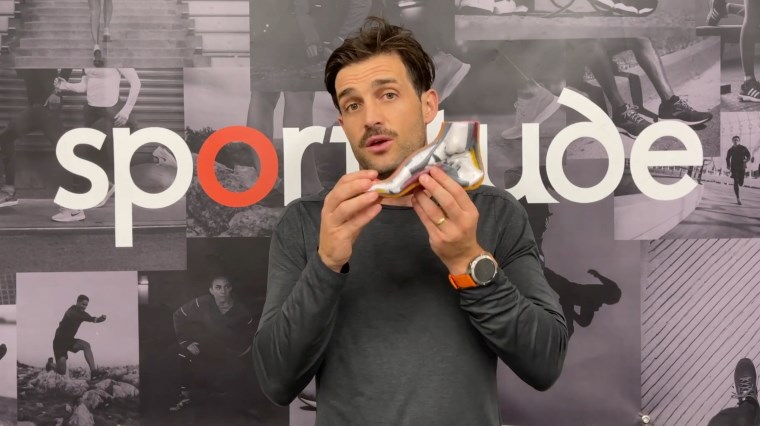 Before I dial into what this shoe is all about let's talk about the foot type that could be considering the Mizuno Wave Rider 25. It has been a neutral shoe for 25 years and that means on the medial side we don't have any extra arch support. In theory it’s the same geometry on the medial side as it is the lateral side.

A neutral foot type may have a higher arch structure, so when that runner comes through their gait cycle you'll see a little bit of air between the arch and the ground. When they get ready to position themselves to engage into toe-off, the pressure will either be through the central part of the foot or they'll favour that lateral side towards the fourth and fifth metatarsal before they toe-off - that's technically an under pronator or a supinated foot type.

You also have the runner that has a foot with a flat arch in a static position but again when that runner comes through their gait cycle, the majority the pressure will be through the central part of the foot before they get ready to position their foot to toe-off. We're talking all things neutral foot types with the Wave Rider 25. 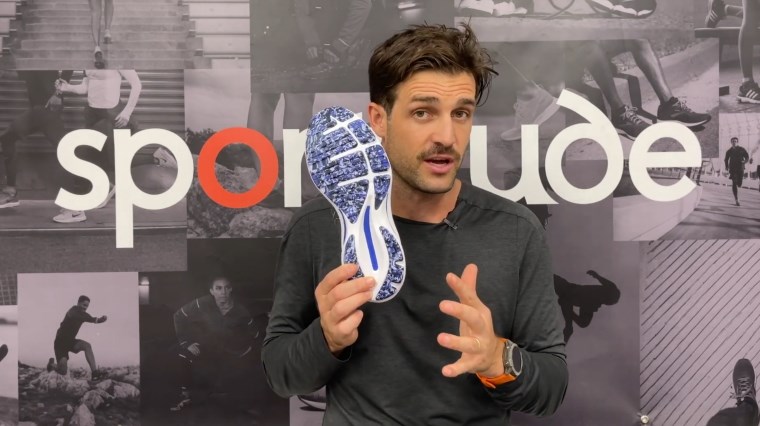 First things first, let’s talk about the outsole. Underneath the shoe you can see this marbly coloured rubber. From the forefoot right through to the heel you have full ground contact, meaning Mizuno have strategically placed their rubber to protect the midsole from every single phase of the gait cycle – that’s from contact, midstance to toe-off.

Traditionally, what Mizuno have done with the Wave Rider and what they do with all their running shoes is put a harder wearing rubber on the back lateral component of the heel. That’s so they can protect the asset being the cushioning system for heel strikers.

Generally, when heel strikers make contact with the ground they tend to put a little bit more force through the shoe. Therefore, brands will always put a harder wearing rubber towards the back component of that lateral heel.

As you come through to the forefoot the rubber is a little bit lighter and a fraction softer. It's going to offer a relatively smooth but responsive toe-off and that's exactly what I experienced with this shoe. I think a lot of it has to do with the structure and integrity of this outsole.

In comparison to the Wave Rider 24, initially it's pretty hard to pick up the variances. It's still full ground contact and everything looks pretty similar at the back of the shoe.

However, the outsole set-up with the Wave Rider 24 is designed with a little bit more flexibility through the midsole. We have almost two and two-thirds flex grooves on the horizontal bracket through the forefoot.

That's to encourage the shoe to bend a little bit more through that last phase of the gait cycle. The main reason for that was because the cushioning system was a little bit denser in the midsole in comparison to what they've executed with the Wave Rider 25.

When you look at the Wave Rider 25 through that forefoot, the horizontal flex grooves start on the lateral side and they finish on this medial border. Mizuno have filled in the rubber at that line where your first metatarsal head sits and all the way to the endpoint of toe-off and just after midstance.

That medial wedge is encapsulated to give the shoe a little bit more structure and integrity through that forefoot because they have made the foam softer. It’s probably my favourite asset of the Wave Rider 25. They really have the foam right and I am loving what they are doing underneath the foot. 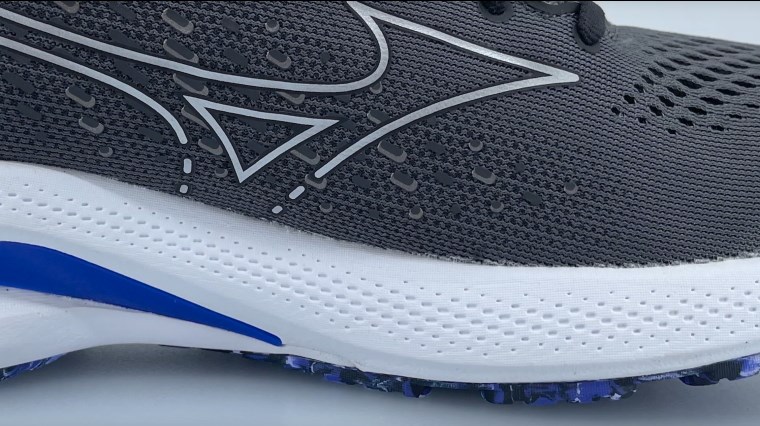 As I touched on before, the cushioning is where it's at with the Wave Rider 25. In conjunction with the extra stack height they have placed their Mizuno Enerzy cushioning system on the top layer and bottom layer of the the Parallel Wave Plate.

Traditionally with a Wave Rider they've changed the density on top and below this Wave Plate but with the Wave Rider 25, their Enerzy foam runs from the heel right through to the forefoot.

Their Enerzy foam isn't a new foam. It's been on the market for a couple of years and they’ve introduced it across a few of their shoes and the Wave Rider 24 last year. However, they only placed it underneath the Wave Plate so it really only made up around about 20 to 25% of the midsole. When you're looking at the Mizuno Wave Rider 25, it is 100% of the midsole so it's really nice and soft underneath the foot.

With the increased stack height I believe it has to do with the fact they've gone for their softer foam. If they had the same stack as last year, it might wear down a little bit too much. By increasing the stack height, you get a little bit more shoe and a really soft, smooth ride.

I've only taken my Wave Rider 25 for a couple of runs on a treadmill and one road run for 8km and I was really happy with how the midsole performed. I'm a mild overpronator but traditionally I'll wear a stable neutral shoe. The Mizuno Wave Rider 25 really competes with the Brooks Ghost 13 running shoes of the world and also the New Balance Fresh Foam 880v11 for just a couple of comparisons. It's a really smooth, very light and stable ride. 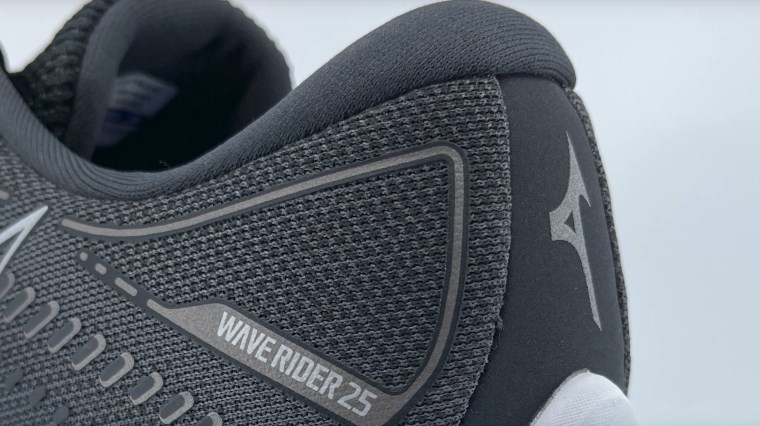 Let's talk about the upper of the Wave Rider 25. Starting from the back, we have an internal heel counter which is essentially a plastic structure that sits around the back of the heel that runs from the lateral side up and around and finishes on the medial side.

The importance behind a heel counter is to keep your heel nice and stable on contact and then keep the foot as stable as possible going through to midstance. You don't want to be moving around on that platform too much. The heel counter in a shoe like this is really important.

Coming through to the midsection of this shoe, the logo has been reduced. When you look at the logo from the Wave Rider 24 from last year it was a fairly prominent logo. On this year's model they have shaved it right down so it's a minimalistic RunBird logo. It doesn't add too much weight or nearly any weight at all.

In terms of the overall lockdown up top, you get a really good secure fit with that gusseted tongue. Gusseted tongue refers to the piece of material about 1in to 1.5in thick that runs from the tongue down to the medial midsole. It’s the same thing on the lateral side, from the tongue down to the lateral midsole it keeps that tongue and that arch nice and secure on the platform.

As we come through to the forefoot there is engineered mesh. Again, it’s strong and well structured with a similar fit and feel regarding the depth of the toe box. From the Wave Rider 24 they haven't changed that in my opinion, but it certainly feels a little bit lighter and it breathes really well.

That's with me running with my Steigen running socks, Feetures running socks and also my Stance socks, one of my three go-to's at the moment. I didn't have any complaints whatsoever with the fit and feel across all three socks with all differing a little bit in thickness.

While we're talking all things upper let's talk about the widths. The men's model comes in a D width and a 2E width, being a standard and a marginally broader option which is fantastic.

The women’s model comes in a standard B width and slightly wider D width. When we're talking widths there'll be some specific colours that'll only be available but at least they're making it broader with regards to the accessibility for you the running community.

I love where brands make their shoes in widths. It tells us that they believe in the engineering of the shoe and it's fantastic when they do. 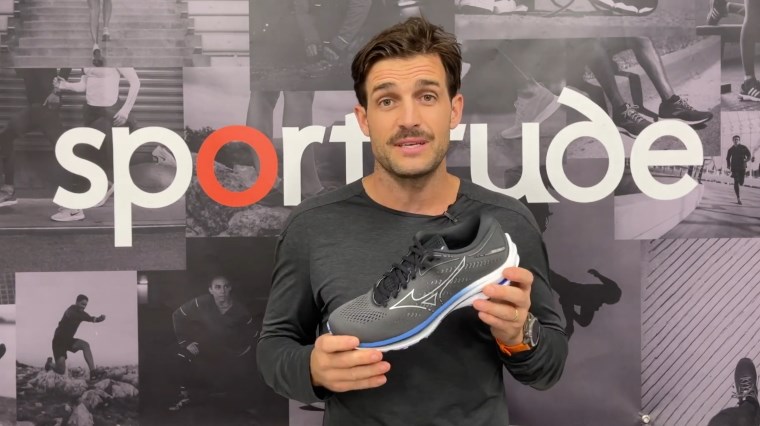 Wrapping up the Mizuno Wave Rider 25, I really like what they have done with this shoe. The Wave Rider series has always had its place in the running shoe industry. There has always been runners that have gravitated towards that shoe whether it be an updated version or someone getting into the brand for the first time that fits this category. There's always great feedback.

The Wave Rider 25 will be an absolute contender for my mileage shoe. I really like how it feels underneath the foot. Traditionally I don't like shoes with a higher heel-to-toe drop and with 12mm underneath the foot which is considerable, it's on the higher spectrum compared to all the other shoes out there.

However, it doesn't feel like that when you're running in it. The consistency of the foam from the heel through to the forefoot with that full-length Mizuno Enezgy foam and a marginal increase in stack height makes it a very nice shoe to run in.

If you have any questions, queries or comments on this shoe please contact our Sportitude shoe experts. If you've been a Mizuno runner previously and you want to let us know how you’ve gone please do so.

Please subscribe to the Sportitude YouTube channel if you haven’t already done so to stay notified and we’ll keep you up to date with more shoe reviews in 2021.

Until next time stay safe and happy running. Be kind to each other and we''ll see you out on the road. Take care.