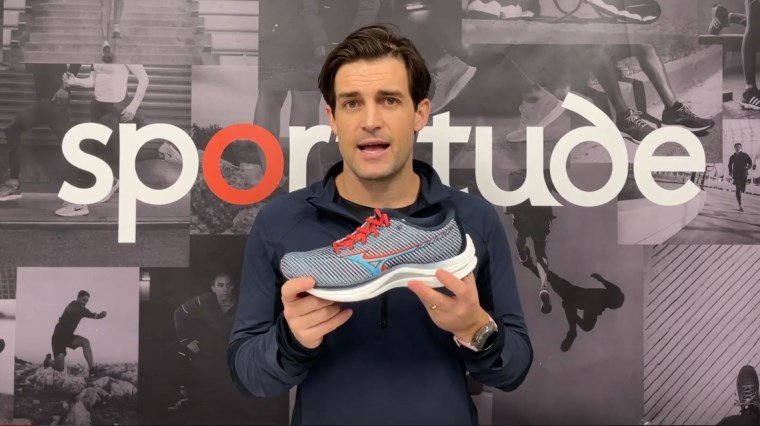 Josh reviews the Mizuno Wave Rebellion running shoes that deliver an ultra-fast and lightweight ride for you to excel at your tempo runs with less energy going to waste.

The G3 outsole provides high-speed traction that’s capable of tackling both dry and wet conditions. It particularly caters to midfoot strikers and runners that are keen to generate plenty of speed and to enjoy a stable, efficient stride.

The durable outsole protects the full-length PEBAX foam, a new cushioning technology from Mizuno that resembles the snappy feel of the popular Saucony Endorphin family. The midsole trades in softness for responsiveness – providing protection without going overkill on plushness.

An engineered mesh upper provides a breathable and supportive fit with internal heel counter and gusseted tongue keeping you secure on the platform, so your running shoes move like an extension of your body.

Hey guys, Josh here from Sportitude Running and it's shoe review time. I hold in my hand the Mizuno Wave Rebellion which has had quite a bit of hype from Mizuno.

They have taken a couple of years to get this to market. It is a shoe that is very light and responsive. It could be used for race day, but I believe this shoe sits in the market to complement that runner that's looking for a lighter, responsive shoe to use for speed workouts, tempo runs and progressive runs.

In today's review we're going to be dialling in on the engineering features of this shoe. We’re going to talk about the outsole, get stuck into the midsole because there's a fair bit to go through there and profile the upper.

I’ll give you some subjective thoughts from my end and hopefully give you all the information you need at home to potentially throw this into your shoe rotation. Without further ado let's get stuck in. 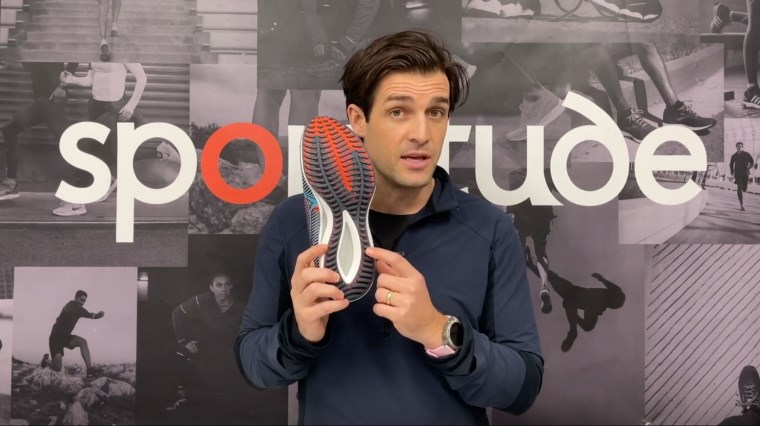 First things first, let's talk about the outsole of this shoe. The first thing I thought when I saw this shoe was, “Wow, this is going to be a really grippy outsole!”. Using the Mizuno G3 technology, I have to say I was right.

I've used this shoe in some slightly damper runs here in Adelaide. We’ve had a bit of rain in the last few weeks so I've been able to take it out on the pavement when it's been wet, and the grip was OK. I wouldn't say it was perfect, but I certainly had enough confidence within this shoe to feel like I could run at multiple speeds. I like what they've done with the outsole.

The other thing to call out is it's covering the whole shoe. The reason Mizuno have done that is because it's their first crack at a PEBAX foam and they wanted to make sure they could protect this asset. By offering the full ground G3 grip system, they have been able to achieve that which is a good thing.

A runner that's going to be entertaining this shoe is going to be more of a midfoot runner. Yes, if you're a heel striker you could still use this and that decoupled section the back will probably provide a little bit of extra damping and cushioning. However, this shoe is really targeting someone that's getting up to that midfoot and almost to that forefoot for those quicker runs. 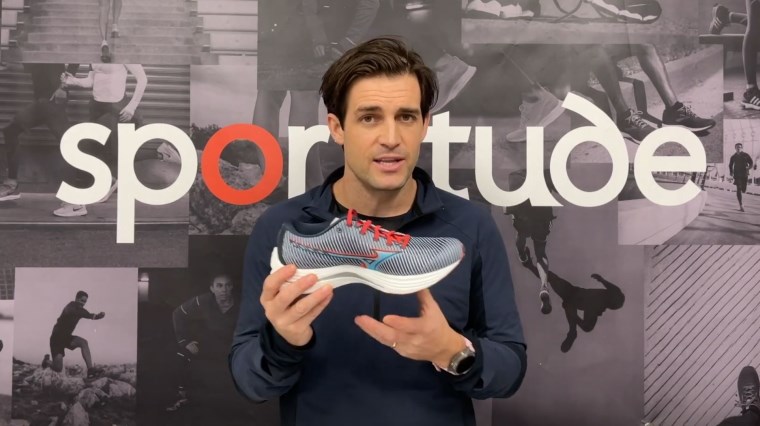 Let's talk about the midsole of the Mizuno Wave Rebellion. The first noticeable thing for me was the midsole technology. Using the full-length PEBAX foam, they have a familiar feel and function to the Saucony Endorphin franchise.

Also, it's on a very similar heel-to-toe drop, 8mm to be exact, being the same as the Endorphin franchise. To get that 8mm drop we have a 36.5mm in the heel and 28.5mm in the forefoot for an 8mm variance.

Mizuno have been using plated technology for a number of years so it's nothing new to them. They didn't design this shoe with a plate through the middle to be in vogue with everything else out there. However, they have used a completely new plated technology.

The glass-fibre plate is actually stronger than all the other plates they’ve used like the nylon plates gone in the past. However, it is also a play on their environmentally friendly engineering message they're pushing out.

It's more than 30% less emissions when they're producing the glass fibre-plate in comparison to what they have with all the other shoes and technologies that we see in the market right now, being in the Mizuno Wave Rider and the Mizuno Wave Inspire.

I like that they're making conscious effort to make their shoes as environmentally friendly as they possibly can but still executing a really good performing shoe for you the runner.

When we’re talking about the midsole it's a lightweight, tempo style shoe so there's no consideration to overpronation. There's no additional dynamic arch support on the medial side.

This shoe is designed to be light so there has to be aspects of it taken out to achieve that outcome. It’s a neutral shoe with the same density in the medial side and the lateral side. That glass-fibre plate runs through two-thirds of the shoe from the heel and right through to the forefoot. Just before where the metatarsal head starts is where the plate finishes.

I would say that's a little bit different than other brands out there with their plates. We've seen three-quarter plates from Asics running shoes and also obviously had full-length carbon plates from a number of other brands.

That two-third plated structure finishes just before the metatarsal heads. The reason they can do that is because the G3 outsole. Yes, it's designed to offer grip and protection for that midsole but how they've actually glued it onto the midsole almost aids in that extra rigidity through the forefoot.

The midsole is getting help and assistance from that G3 outsole. Mizuno put plenty of time and effort into the engineering of this midsole and how the outsole functions in unison with that technology. 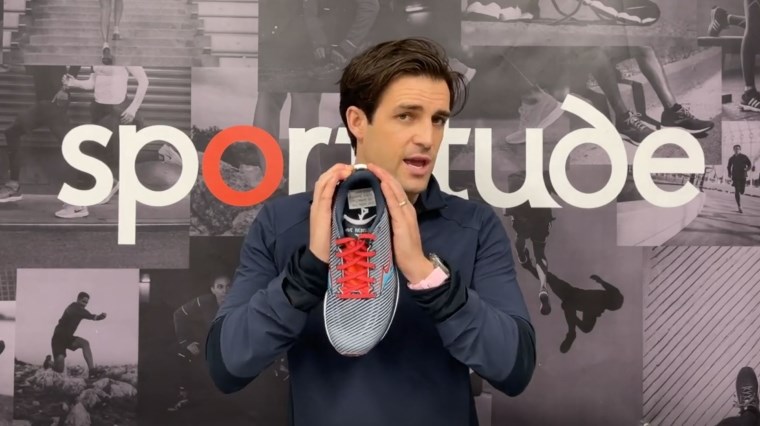 Let's dial into the upper now. First thing I'll do is talk about the back of this shoe which features an internal heel counter structure. Mizuno like to make sure they offer support first and then they'll work on making shoes lighter and more responsive as they go through their prototyping of their running shoes.

The internal heel counter is very strong and covers a fair region of that calcaneus or the back of your heel. I find this shoe super supportive and it's probably the most supportive heel counter on all the tempo shoes that are on offer in this category. It’s certainly a big tick there with a nice and supportive lockdown.

As you come through to the midfoot, we have a very thin tongue providing plenty of breathability and also a gusseted system.

When you're talking about a lightweight tempo shoe it's vitally important to keep your foot in a secure position on top of that midsole and it's very hard to achieve that outcome by just having extra overlays or welds on top of that upper. This increases the weight and you don't get a customised fit.

By having a gusseted tongue it locks your foot down perfectly. I like this upper and it really is executed with full precision.

It has engineered mesh through the forefoot and you have to get up quite close to see the breathe holes. It's not as noticeable in comparison to some other shoes out there, but I can say with my few runs I’ve done in this shoe that I can't fault the breathability. I ran with a slightly thicker sock one day and I ran with Steigen running socks on the next, which is a very thin sock.

I didn't have any issues with fit, feel and function. The breathability was absolutely fine in this shoe, it worked very well. 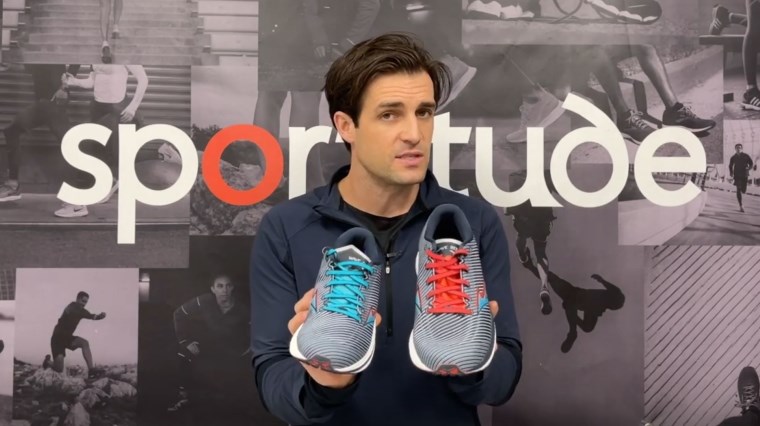 In wrapping up the Mizuno Wave Rebellion, it is a great addition to the Mizuno running shoes range. It's light, they're on point with the midsole and it's responsive. It's going to play right into that runner who's looking for a second shoe in their rotation to complement their tempo days or their session days.

In terms of the midsole performance there are some softer tempo shoes. This is really playing into that category of a runner that wants that nice responsive feel but doesn't want to be on a super crazy soft platform.

It's slightly firmer, being true to what Mizuno have done for a few years now so it offers that smooth and responsive feel which is fantastic.

Dialling into the upper, it’s a standard width and I would expect that with a new shoe from any brand. It’s a D width in the men's and a B width in the women’s model.

There will be the runner that will feel comfortable and confident using this as their race day shoe - anywhere from 5km, 10km, half marathon or full marathon.

However, I believe this shoe is all about complementing that shoe rotation. It’s about getting a lightweight shoe into your kit or maybe using it once or twice a week for your speed sessions, your strength sessions and give you all the support, cushioning and responsiveness you need to become a better runner.

If you have any questions about this shoe please contact our Sportitude shoe experts. If you have any queries, theories or concerns please let us know. We're all ears and we want to help you find the right shoes all around the world.

Please subscribe to the Sportitude YouTube channel if you haven’t already done so to stay notified and we'll keep working on shoe reviews for everyone out there.

Until next time stay safe, happy running, be kind to one another and we'll see you out on the road. Take care.