How To Buy The Best Netball Shoes To Improve Your Skills 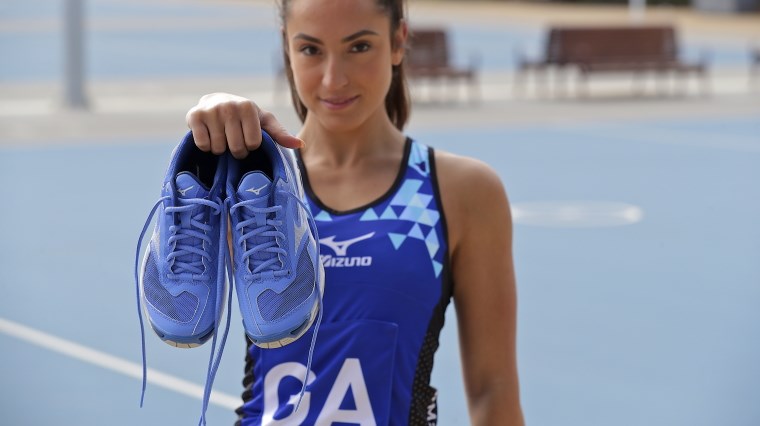 Choosing the best netball shoes for you isn’t about new season colours or styles – it’s about finding a reliable companion to rule the court with the durability, stability and cushioning characteristics to meet the demands of high-intensity play.

Netball places significant, potentially damaging forces on your lower limbs (particularly ankles and knees) from the repetitive sprinting, twisting, jumping and landing. Knowing and feeling that your body is supported with the best Asics netball shoes or Mizuno netball shoes inspires confidence as you catch, pass, pivot and shoot your way to victory.

On the other hand, a poor quality or ill-fitting netball shoe increases the risk of ankle rolling and other harmful movement, lacking the stability to tackle sharp direction changes, side-to-side movement or the explosive stop-start nature of your sport.

Whether you’re a midcourter or goal circle player, having a well-fitted and comfortable netball shoe will improve your netball skills to move with the speed, agility and coordination to outwit and outplay your opponent.

In this netball shoe guide we’ll discuss why running shoes don't belong on the court, and why specialist netball shoe brands are the go-to to improve your performance and protection.

We’ll also talk about the best netball shoes for attackers and defenders, the influence of indoor or outdoor courts, highlight some top netball shoes from Asics and Mizuno and provide tips on how to get your perfect netball shoe fit.

There’s a reason why Mizuno's #MakeTheSwap campaign has taken off in 2021. Visually you may put a netball and running shoe side by side and not be able to see at first glance why they’re suited to a specific sport. However, by looking more closely at the engineering features from the ground up, these differences begin to stand out. 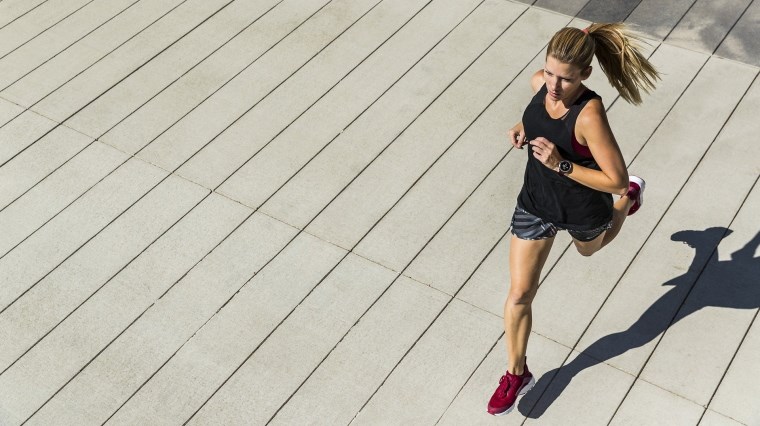 Running shoes are designed specifically for consistent forward momentum, with the outsole providing traction for repetitive impacts in a straight-line or unilateral movement. Running shoes generally trade-off stability characteristics and upper integrity for a lighter weight, flexibility and high breathability. 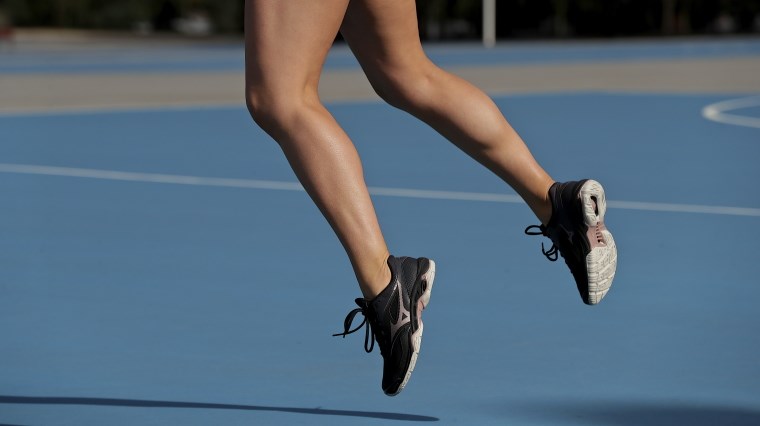 Netball shoes are court-specific – designed for multi-directional, bilateral movement as well as sudden breaking and explosive acceleration. They feature a grippy and hard-wearing wrapped outsole that reinforces the edges of the netball shoe against abrasions caused by jumps and lateral movement, and feature a pivot point beneath the forefoot.

The outsole is sturdier and more rigid than a running shoe to resist twisting. The sharper edges of running shoes degrade quickly on the court, whereas the rounded edges of netball shoes are built for court-specific movement.

Alongside firmer cushioning for a blend of shock absorption and stability during hard landings, netball shoes have a structured fit to prevent the foot from shifting inside the shoe. Mid Top (MT) versions of netball shoe models are intended to improve ankle stability whereas standard Low Top versions offer greater agility.

Netballers benefit from the lower heel-to-toe drop and stack height of netball shoes – providing a stable connection to the court surface. By keeping your foot close to the court, locked-in and supported on the platform, they minimise the risk of ankle rolling, sprains other injury during explosive movements like high-speed direction changes.

Durable, reinforced uppers prevent the material from ripping under the high-intensity forces netball places on them, extending the lifespan of your netball shoes whereas a running shoe may deform under the pressure. 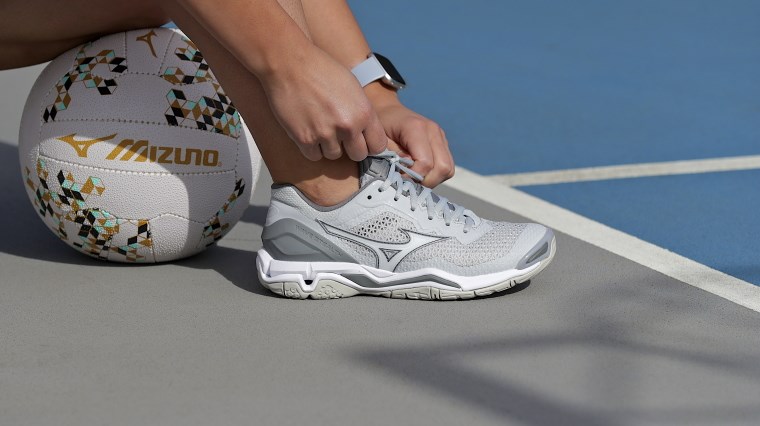 When it comes to your safety, cutting corners by choosing a generic brand is not recommended. Whether you’re a recreational player or elite athlete, choosing a specialist brand for the sport you’re passionate about is essential for your comfort, protection and peace of mind.

Asics and Mizuno are the leaders in footwear on the court and are worn by professional players. Yes, they will cost more than any old shoe with a netball label on it but the phrase you get what you pay for can’t be emphasised enough.

By paying for a netball shoe from a reputable brand you are paying for that brand’s research, expertise and proprietary technologies. You’re paying for improved performance and injury prevention.

It really is an investment. A high-quality netball shoe is dramatically more durable than generic netball shoes or running shoes and potentially will last all netball season, from training to game day.

Shopping for last season's models or colours of netball shoes from Sportitude will allow you to stick to your budget without having to resort to cheap generic brands.

The netball position you play can guide your shoe selection. Be aware that some netball shoes may have characteristics that overlap, making them suitable for multiple positions, being midcourters and goal circle players. When in doubt always prioritise comfort in your netball shoe selection. 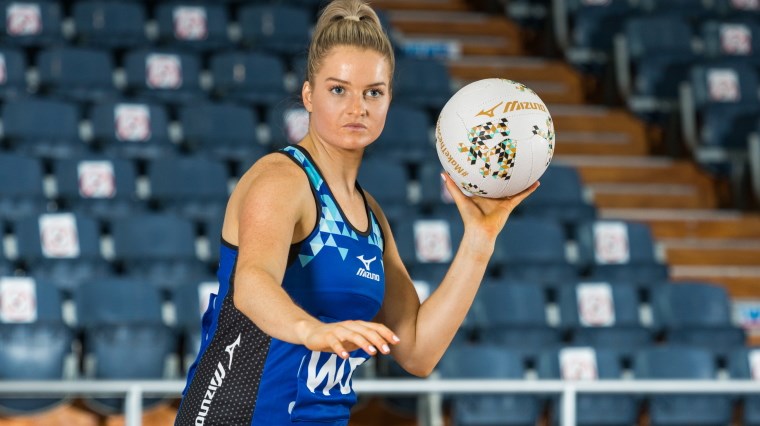 Midcourters (Centre, Wing Attack, Wing Defence) must cover a large area of the court and therefore players in these positions may prefer a lighter ride with a fast, running shoe feel such as the super responsive Asics Netburner Professional FF 2 or Mizuno Wave Stealth.

With all the running you do on the court, you may try to wear your best running shoes for netball. However, due to the agility and pinpoint direction changes required of midcourters, these positions put significant stress on your body including feet, knees and hips. You must be prepared to react at a moment’s notice, making netball-specific support essential.

Although some technologies are common between netball shoes and running shoes (such as Asics FlyteFoam, Asics rearfoot Gel and potentially forefoot Gel in some models), the overall engineering of a running shoe just doesn’t cut it in terms of your protection, injury prevention and durability. Your netball shoes must take the stress off your lower limbs without putting you at risk of any instability.

Lightness and durability are a balancing act – and an increase in one generally trades off the other. This is where modern netball shoes that offer lightweight stability come into play.

According to Asics, the Asics Netburner Professional FF 2 being their lightest netball shoe features a low-medium wear outsole. This is suitable for players that see an even degradation across the outsole. It features the FlyteFoam technology of their premium running shoes for that runner-like feel and response.

The Asics Gel Netburner family also includes medium or medium-high wear netball shoes for midcourters such as the Asics Netburner Ballistic 2 and Asics Netburner Super FF (as worn by Caitlin Basset, Australian Diamonds captain). These are suitable for players that experience wear at the toe and medial forefoot more dramatically or before any other area of the outsole. 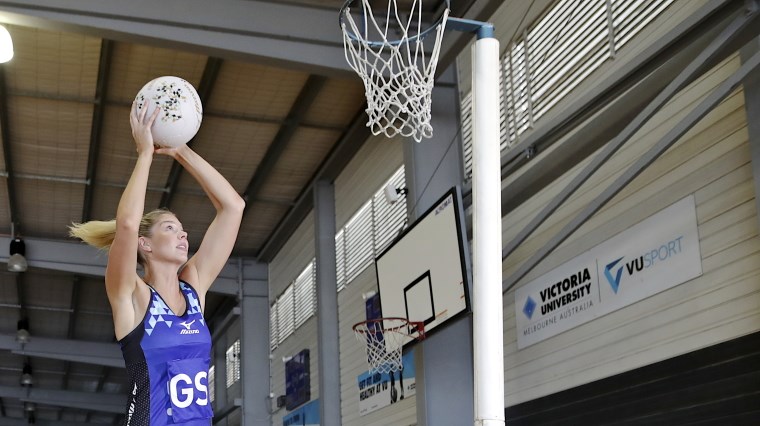 Every jump ends in a landing. Netball shooters (Goal Shooter, Goal Attack) gravitate towards netball shoes with high levels of cushioning to provide shock absorption and ward off fatigue under severe forces. Keep in mind that stability is also essential to shooting accuracy. Circle players like Goal Shooter and Goal Attack partner well with netball shoes like the Asics Netburner Super FF and Mizuno Wave Momentum 2 for their stability.

For defenders (Goal Keeper, Goal Defence) to mark and block your rival player (the opposing team’s Goal Shooter or Goal Attack), you are required to master agile and quick footwork, sharp and swift direction changes and intercept the ball to gain possession when the opportunity rises.

These movements require reliable support and traction. Although some players will prefer a lighter shoe, due to the heightened force these movements put through their body defenders may benefit from a more hard-wearing ride, prioritising support and cushioning over weight reduction. Saying that, Asics is continuously improving on their cushioning technologies to be lighter – reducing the overall weight of the netball shoes with midsole compounds like FlyteFoam. 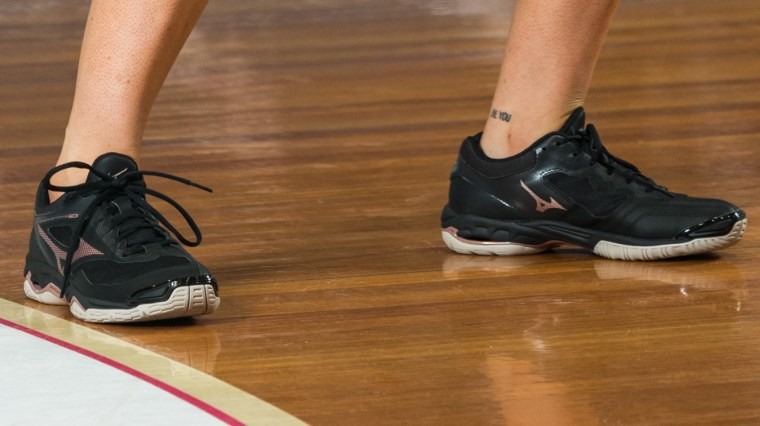 The 2021 Asics Netball Wear Factor Guide classifies Asics netball shoes as being low-medium wear, medium wear, medium-high wear or high wear based on their expected longevity which can be affected by your playing technique and the type of court surface.

As indoor netball has become increasingly more popular, brands have been given the opportunity to achieve more weight savings in specific models as they can reduce durability.

Indoor courts are less punishing in terms of the forces they put through your shoes and body. Playing on the asphalt outdoors on the other hand increases the rate of degradation due to more aggressive abrasions, and can put your feet under the stress of greater impact damage.

The durability characteristics of outdoor netball shoes need to be on the next level to provide protection – but this durability and therefore increased weight can be overkill on an indoor court where lightness is often preferred. 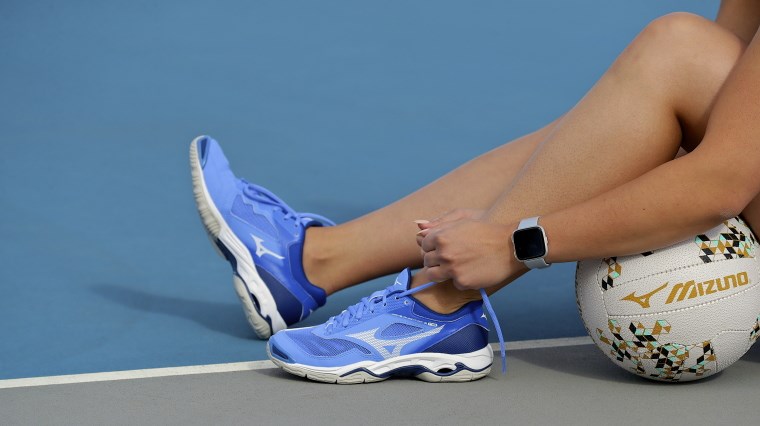 No two players or two feet are exactly alike. Once you’ve narrowed down your shoe selection based on your netball position and most common playing surface, it’s time to really fine-tune your preferences to achieve the best in comfort.

Consider the width and size of your feet. Too large or wide a netball shoe and your foot won’t sit stable on the platform, especially during high-speed direction changes, pivots and explosive jumps, therefore increasing your risk of abnormal movement and injury.

Too small or narrow a netball shoe increases your risk of damaged toenails or calluses as your toes repetitively slam the toe box. You won’t be able to engage your foot fully or comfortably.

It’s critical that the width of your netball shoe at the forefoot is snug-fitting without being suffocating or restrictive. Any excess movement can result in friction and leave your feet more susceptible to blisters.

With the importance of width in mind, some popular models from top netball brands Asics and Mizuno have multiple width offerings in both women’s B (standard) and women’s D (wide) including the Asics Netburner Super FF and Mizuno Wave Stealth 5 – making them more accessible to more players.

Due to the durability and reinforcements of netball shoe uppers, you shouldn’t expect much give or stretching of the material overtime to better adapt to your foot shape. Instead, judge the fit and comfort by how it feels on first step-in.

Aim for a 1cm space between your longest toe and the end of the front of the shoe while wearing your sports socks. This ‘wiggle room’ will help deter common foot injuries caused by wearing ill-fitting footwear during activity. Test the netball shoes while standing to allow your foot to splay out naturally in the shoe.

For fit guidance or any other netball shoe related question, please contact our Sportitude shoe experts. Happy netball and take care. We’ll see you on the court.

Top netball shoes at a glance: