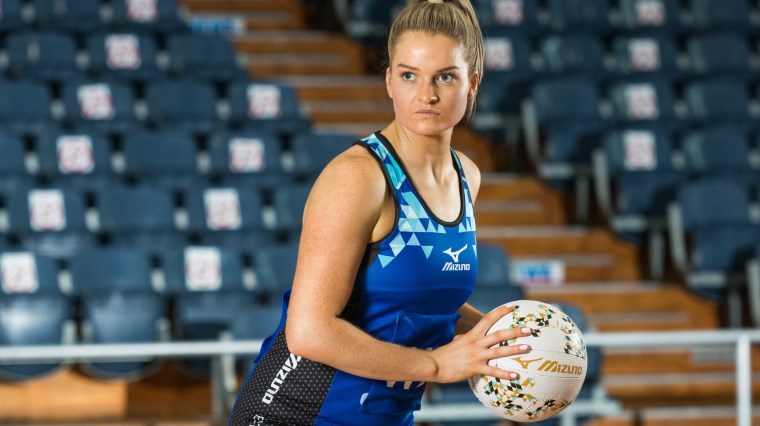 A critical part of netball is your ability to control the space on the court with clearing runs to provide openings for yourself or teammates to drive towards the ball and receive a pass.

It’s important to use the space available to your netball position wisely – whether forward, backward or to the sides of your body. This will allow you to manoeuvre out of tight or overcrowded spots, reducing the risk of the opposing team taking possession and to provide clear opportunities for your team to progress the netball towards the goal circle.

Your ability to control space begins with your awareness of space. In this netball blog we’ll outline the terminology relevant to creating space on the court. We’ll also highlight beginner netball drills for creating space that not only improve your spatial awareness, but also your decision making, footwork, agility and dodging skills.

A clear is used to create an open space for your teammates to drive into, providing better opportunities for them to receive passes or to intercept the netball.

The clearing player typically is moving away from the netball while keeping their eyes up and without turning their back to the ball in play. The netball-specific movements that are involved in a clear may include wide jogging manoeuvres, swift and short sidesteps or sharp direction changes that put your agility to the test and result in a change of pace.

A clear may be used to open up a crowded area or to move into a position further away from your teammate that’s in possession of the ball to cover more ground in the pass.

A straight drive is the attacking movement that follows a clear. The driving player runs directly and strongly into an open space like that created by the clearing player. The goal is to get into an ideal position to receive the ball from a teammate. A drive may involve running forward or to the left or right at a 45-degree angle. A straight drive is always a running motion as opposed to sidesteps.

Ideally, you’ll be driving into areas that aren’t overcrowded to reduce the risk of the opposing team gaining possession of the ball. It’s important to be aware of any cues from your team such as clearing runs that provide opportunities for you to drive towards the ball and receive the next pass from your teammate.

Based on the position of your team and the marking players, after a drive you may choose to re-offer or return the pass to the passing player, giving you the opportunity to get into a better position to receive the ball and move it down the court.

This beginner netball drill is a direct representation of the techniques used in both driving and clearing. It emphasises the drive needed for attacking players to receive the ball confidently and the importance of clearing runs. It encourages improved timing and accuracy in passing as well as increasing your agility and providing greater awareness of your footwork when clearing.

The Pac Man netball drill focusses on spatial awareness, including your proximity to other players as well as the footwork and agility involved in direction changes. It also may help improve your quick decision making and team building skills.

Players: Up to 8 players

When the whistle blows the ‘Pac Man’ players must team up to corner and tag the other players. All players are allowed to change direction on the lines to avoid being tagged or in the case of the 'Pac Man' players, to chase ‘ghosts’.

Once tagged, a ‘ghost’ must sit on the line in the same position they were tagged and are out of the game. Sitting players act as a blockade for ‘ghosts’ that are still in the game. The ‘ghosts’ must turn around once they reach sitting players whereas ‘Pac Man’ players are allowed to run past them.

When time runs out, the coach blows a whistle and any ‘ghosts’ still standing are the winners. If the ‘Pac Man’ players tag all ‘ghosts’ then they win the game. Players should take turns playing as ‘Pac Man’ or as a ‘ghost’.

The Find Your Cone drill promotes improved spatial awareness, encouraging you to keep track of your cone and other players. It sharpens your quick decision making, agility, speed and passing and catching skills (with variation 2 and 3). It also allows you to practice the movement required in a straight drive, with a strong sprint and arms pumping at the sides as you race to your cone.

The Find Your Cone drill is played within one third of the court. Allocate each player their own cone to place within an open space in the playing area. Each player must stand beside their cone until the coach blows a whistle, signifying it’s time for them to jog around the playing area.

On a second blow of the whistle the players must drive to their specific cone, staying aware of and dodging surrounding teammates as necessary. Repeat 5 times, then players should move their cone to a new position.

For more fun and practical beginner netball drills to benefit you and your team, see 6 Beginner Netball Drills To Improve Your Agility, Defence and Stop Stepping and 6 Netball Drills You Can Do At Home.

To fuel your body the right way for your sport, see Netball Nutrition: What To Eat Before, During and After A Game.