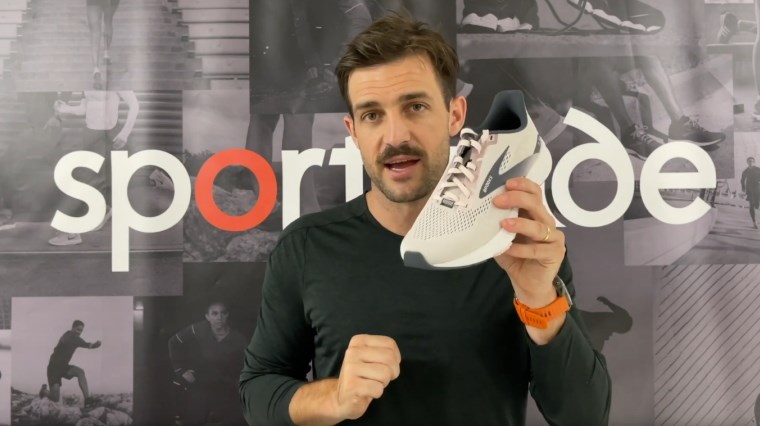 Josh reviews the Brooks Launch 8 running shoes that carry over the smooth and fast ride of their predecessor the Brooks Launch 7, but with a softer sensation underfoot to elevate the comfort on your tempo runs.

Fitting spot on in the neutral running shoe category, it caters to slightly higher arched foot types - being neutral runners to mild under pronators, and the occasional flatter foot type that keeps the pressure central on the foot throughout their running gait.

The full ground contact outsole is more durable in the forefoot than the previous model, protecting the softer BioMoGo DNA midsole and ensuring all components of the shoe function in harmony.

It’s worth noting that the Brooks Launch 8 may have a shorter lifespan than the firmer Launch 7 – but it’s well worth it when every kilometre you run is literally softer on your feet while remaining responsive and inspiring confidence from the ground up.

Brooks have put the modern flared heel counter design into play – reducing the risk of blisters and callouses around the back of your Achilles and offering a secure and supportive feel without being restrictive.

From the get-go the Brooks Launch 8 improves breathability to tackle fast-paced runs and delivers a comfortable fit on first step-in for an effortless feel in every stride.

Hey guys, Josh here from Sportitude Running and it’s shoe review time. We're going to be talking all things Brooks Launch 8. This shoe has just landed in the front half of 2021 in Australia and it’s pretty true to the whole Brooks Launch franchise.

Not a lot has changed with regards to the consumer that should be considering this shoe. However, Brooks have gone back to the drawing board with their engineering and tinkered with the outsole, midsole and the upper.

In today's review we're going to get to all of those changes from comparison to the Brooks Launch 7, talk about the foot type that could be considering the Brooks Launch 8 and give you some information at home that might help you add this shoe to your running rotation. Without further ado let's get stuck in. 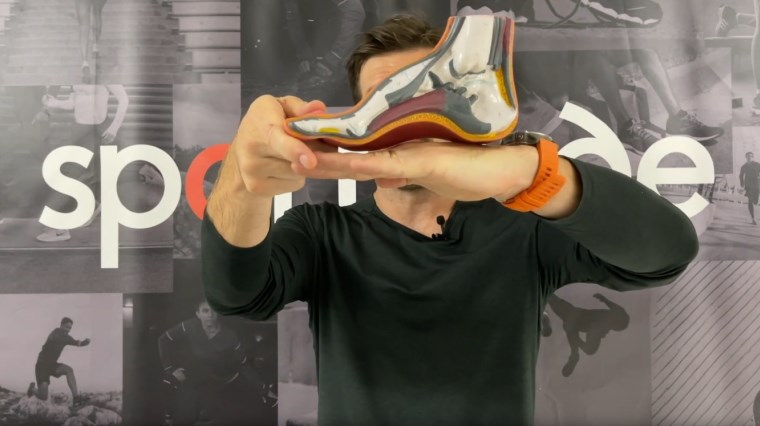 Before we go any further I want to call out one important piece of information. Brooks are also launching (pun intended) the Brooks Launch GTS. That shoe is replacing the Brooks Ravenna and there is also a full review on the Brook Launch GTS 8 where we talk about the comparisons from this shoe to that.

This shoe review is about the Brooks Launch 8, Launch 7 and the differences between the two. I thought I'd point that out before we go any further.

As we touched on earlier, we’re talking about a neutral runner. When you put a neutral foot on the ground in a static position there's a bit of real estate between the arch and the ground.

For that neutral runner that makes contact on the heel and comes through to midstance, most of the pressure is either through the central part of their foot or there might be a tendency to under pronate or supinate slightly. This means the pressure will transfer to the outside of the foot as they come through and toe-off at the end of their gait cycle.

There are some runners that have a static position which is slightly more collapsed in the arch area. However, when we view them running in their gait they don't tend to rotate too much towards the medial side. They will still stay true to the centre of their foot and toe-off second and third metatarsal but may have a static position with slightly flatter arches.

If you're unsure it's always good to go into local store and get fitted. If you happen to contact us at Sportitude Running or in store we will help you diagnose what foot type you are as well.

That's the foot type that should be considering this running shoe. Let's get into the engineering changes with the Brooks Launch 8 because I like what Brooks have done in every aspect of the outsole, midsole and upper. 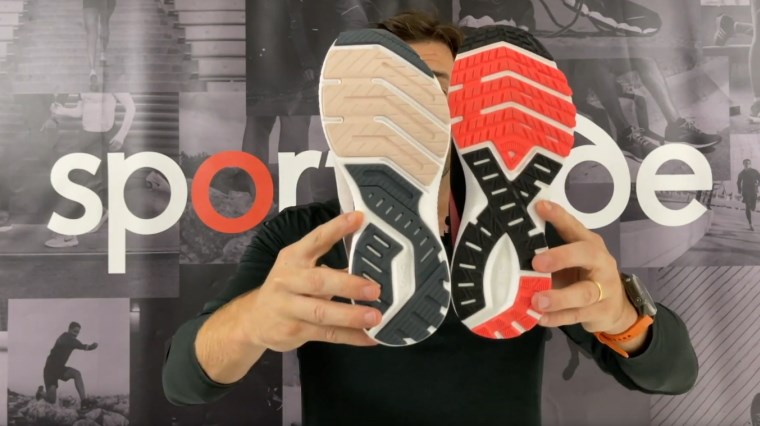 Let's talk all things outsole first. You can see there's no real difference with regard to the full ground contact concept. You have rubber the whole way through the heel, midstance and to the toe-off piece in the Brooks Launch 7.

Having a look at the Launch 8, it’s no different. We have heel, midfoot and forefoot rubber. It’s a nice, smooth transition the whole way through the gait cycle. However, because the foam is slightly softer Brooks have made the forefoot a bit more durable.

In terms of flexibility, we have four flex grooves for the forefoot and around the middle two flex grooves there is encapsulated rubber. It covers a little bit more surface area than what you have on the Launch 7.

However, if you use the Launch 7 outsole on the Launch 8 midsole it would be a poor performing shoe. They had to make the outsole more functional for the performance of the Launch 8 and that's mainly due to the change in cushioning. 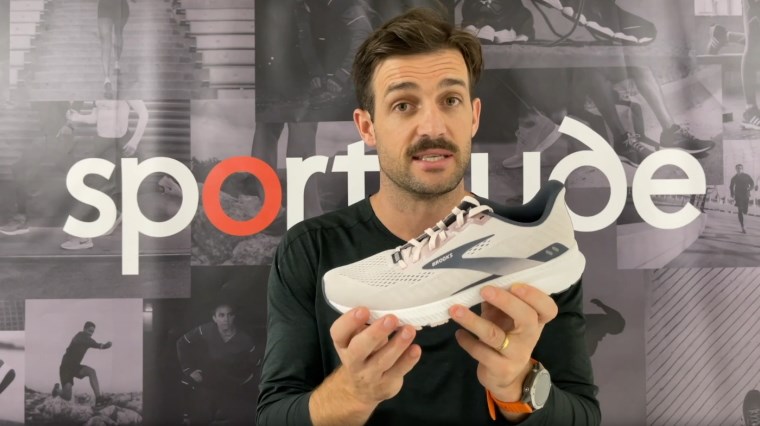 Brooks have used the BioMoGo DNA midsole and that's the same marketed branding on the Launch 7, but the Launch 8 runs a lot softer underneath the foot. I found the Launch 7 was a great shoe for those people who like a denser midsole and have that tendency to run with more propulsion and don't want to sink into the foam as much.

The Launch 7 still had some had some wins with regards to the running community out there. However, the majority of feedback was "it's a bit harsh underneath the foot, I want something a little bit softer". Brooks listened and they went back to the drawing board and executed a very light and soft foam underneath the foot.

The trade-off is it may last a little bit less but if it's going to be 50, 60 or 70 kilometres less than the Launch 7 but you're enjoying your mileage in this shoe, I would happily take that sacrifice every day of the week.

A noticeable change in the midsole I need to point out is that while the Launch 7 had the same density the whole way through, you certainly notice a dense forefoot feel. However, with the Launch 8 you may say, "it's a softer foam and I’m going to feel like I'm working harder through that forefoot stage of my gait cycle because the foam is too soft".

That's not the case purely due to the fact that that gradient as it drops from your heel to your forefoot in a 10mm drop provides a really nice effortless toe-off with this shoe as well.

I would usually get a bit cautious when I'm looking at tempo shoes or interval shoes that are softer because I want to run faster, feel fast and get up on my toes. You certainly feel nice and responsive inside the Launch 8 which is fantastic. 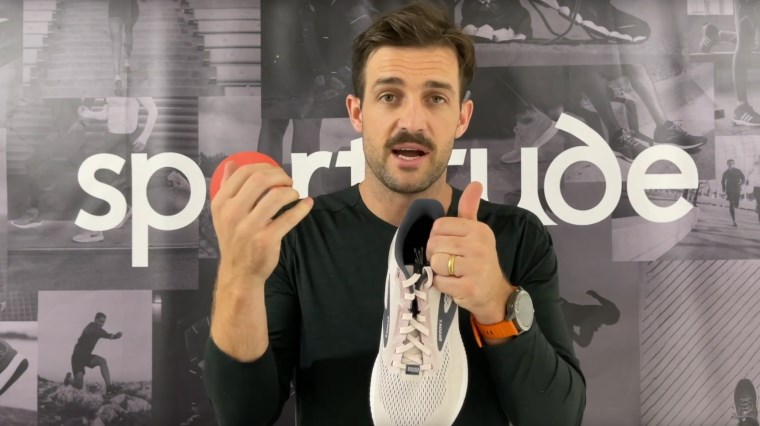 Other than the midsole the upper is probably my favourite change in this shoe. We're seeing a new trend right across the whole industry. Nearly every single brand is dialling in on this ‘elf’ fit where the upper kicks out a little bit behind the Achilles, so you don't get that suffocated feel on the back of your heel. However, the heel counter height or the internal heel counter which is that plastic piece that sits in the Launch 7 and the Launch 8 is exactly the same height.

You have the same amount of internal structure in both shoes however it's not quite as restrictive on the back of your Achilles. Sometimes when shoes can come in a bit too tight we can get unwanted rubbing, that friction build-up in the back of the Achilles. It can cause a bit of callus or some people get real harsh blisters on that vertical lift.

It’s early days yet for the Brooks Launch 8 but we haven't seen any issues with friction build-up at the back of that heel which is fantastic. The amount of memory foam on the lining of the heel collar is about spot on too. It's the perfect mixture of foam in regard to comfort but not overdoing it where you feel like your foot is being swallowed by the foam. It's an ideal heel counter, they've really nailed the brief.

As you're coming through to the midfoot region there's not too much with regards to overcomplicating the overlays or anything in this shoe. It’s a pure shoe with regards to what they have done.

The Brooks logo covers quite a decent part of the upper both on the medial and the lateral side. I'd love to say it strategically offers some form of support, but I don't think it does. It's obviously placed here for cosmetic reasons.

As you come through to the forefoot the upper is really breathable. I found I had to run in the Brooks Launch 7 a little bit to make the shoe fit and feel nicely up top. It was due to the fact that the upper was slightly more of a denser material. Personally, it cut across my forefoot too much and it took me quite a few kilometres to get that to soften up.

From my first run in the Brooks Launch 8 it was great regarding the upper. I didn't feel like I needed to adjust anything with the fit and feel. My favourite socks being Feetures socks slipped in there nicely and I was more than confident with taking this out the road straight away. The upper fitted really well which is fantastic.

While we're talking all things upper we'll touch on the widths. We have a standard width only, so a B width on offer with the ladies’ and we have a D width on offer for the men's model.

We did touch on at the start of this review that there is the Brooks Launch GTS 8. That shoe does come out with a D width women's and a 2E on offer for the men's as well. 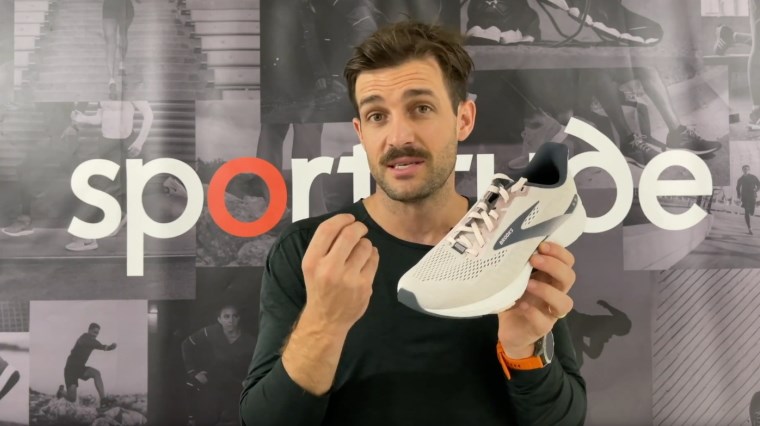 The Brooks Launch 8 in my opinion is a fantastic update. It's a slightly lighter, softer shoe underneath the foot and the upper is so dialled in. I really like what this shoe is all about, it's not an overly complicated shoe.

You have the Brooks Hyperion Tempo out there which has that super foam from Brooks - the nitrogen-infused DNA Flash. However, you get a really good reliable performer in the Brooks Launch 8 which has a very nice feel underneath the foot.

If you've happened to be a Brooks Launch runner previously please let us know what your experiences have been like in this franchise and whether you would be considering the Launch 8. If you have any questions about the fit, feel or function of this shoe please contact our Sportitude shoe experts.

If you haven’t already done so, please subscribe to the Sportitude YouTube channel, hit the red button and the bell for all those notifications so you can stay up to date with everything going on in the running shoe game in Australia and all over the world.

Until next time guys stay safe, happy running, be kind to each other and we'll see you on the road. Take care.